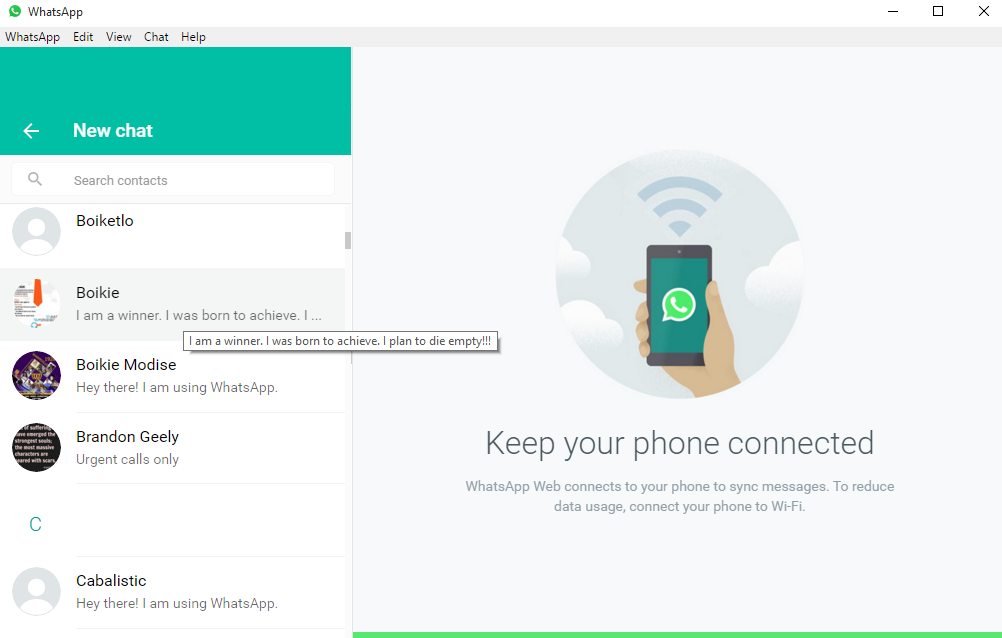 It’s a pretty straightforward app: the millions of WhatsApp users can now continue conversations from their phone on a computer, and vice versa. That’s a pasela for people who want to chat with friends on WhatsApp without having to use their phones.

The move should help WhatsApp better compete with other messaging services like Line, WeChat and Telegram, which already have desktop applications available for at least one platform.

The app can easily be synchronized with your smartphone app, when the desktop app is installed, all you need to do is scan a QR code with the app on your smartphone.

What’s interesting about this launch is that users of WhatsApp could already access the service on a computer using its web app. In addition, it’s also curious since Facebook doesn’t have a desktop application for its Messenger service, despite also owning WhatsApp.

Messaging applications have become increasingly popular over the past few years, with the expanding mobile market fueling their popularity. WhatsApp is one of the leaders in that market, and was acquired by Facebook in 2014 in a deal worth $22 billion.

How Long Does it Take to Get a First Page Google Ranking?

The Pros, Cons And Future Of Flat Design

Login to AllNew Media Solutions
Reset Password
Enter the username or e-mail you used in your profile. A password reset link will be sent to you by email.
Already have an account? Login

WE ARE ALL ABOUT CONNECTING THE HEART OF YOUR BRAND TO THE HEARTS OF YOUR CUSTOMERS.